Up Like A Bird: An evening with Brendan Hughes and Douglas Dalby

Brendan Hughes’ gritty memoir, Up Like A Bird, charts his rise through the ranks of the Provisional IRA in the early 1970s before his relationship with the organisation’s leadership soured and former comrades were ordered to kill him. Among many revelations, the book, co-written by former New York Times journalist Douglas Dalby, details Hughes’ integral role in the daring helicopter escape from Mountjoy Jail in 1973 and the mass breakout from Portlaoise Prison the following year – events that nearly toppled the government of the day.

The Rock of Dunamase features on the front cover of the book in tribute to the key role it played in the Mountjoy escape. Breaking almost five decades of silence, Hughes also details the importance of Co Laois to the IRA campaign during the early years of the Troubles for the first time.  He spent more than 22 years in Portlaoise Prison as a republican inmate and is now a strong advocate of non-violence in pursuit of a united Ireland. 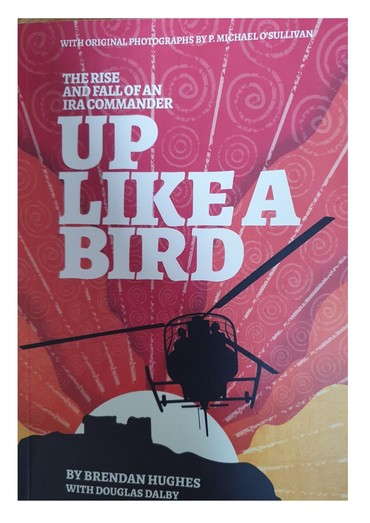