The Iron Annie Cabaret is a celebration of music, theatre and literature. Based on Luke Cassidy’s debut novel Iron Annie, it tells the story of Aoife, a major figure in Dundalk’s small-town underworld, and her fatal attraction to Annie, a magnetic and elusive force that barged into her life. Think Reservoir Dogs meets Thelma and Louise meets the Rocky Horror Picture Show.

This production features performances by Eleanor McLoughlin as Aoife, accompanied by musical performances by folk duo the Dandelion Few and newly-formed rock band The Pickled Onions. Directed by Peter Moreton, artistic director of the Applecart Arts Centre (London), it is produced by Luke Cassidy, with production design by Marianne Thibault. The production is made possible with the support of the Arts Council of Ireland and Louth County Council. 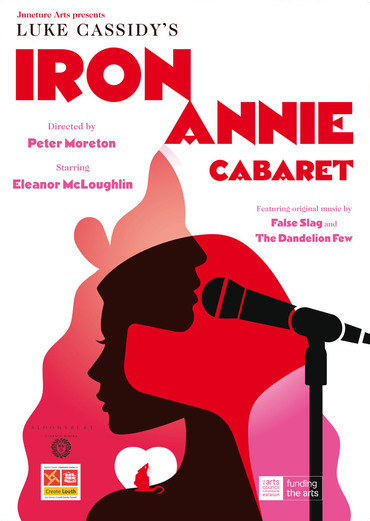