Letters are sources of huge curiosity, entertainment and revelation because of their intention to impact as effectively as possible on the person to whom they are written. Flor MacCarthy had the ingenious idea of mining the letters to and from our Presidents across eight decades of Irish life.  It is the subject of her new book The Presidents’ Letters: An Unexpected History of Ireland. She will be joined by Paul Rouse and Terri Kearney, contributors to its themed sections relating to sport and children. Think of a young Princess Caroline of Monaco writing to President De Valera to thank him for his present to her of a donkey, or a letter outlining the unsuitability of Mohammad Ali visiting Áras an Uachtaráin.

The event promises to be also a visual treat of a selection of letters, memos, cards, telegrams, drawings and photographs from the book. 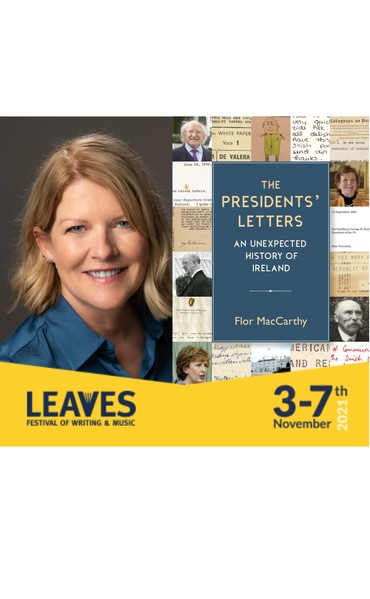