Rose Henderson plays Ruth, a law graduate who has been married for twenty-five years to the opinionated Sydney, who has sadly died. It’s important to spot the warning signs when a loved one is driving you over the edge, but did Ruth help him on his way? Did she go too far, in the end? Who is the woman who turned up at his funeral, wearing red shoes?  Ruth didn’t mean to kill him… but in the end, something had to give. 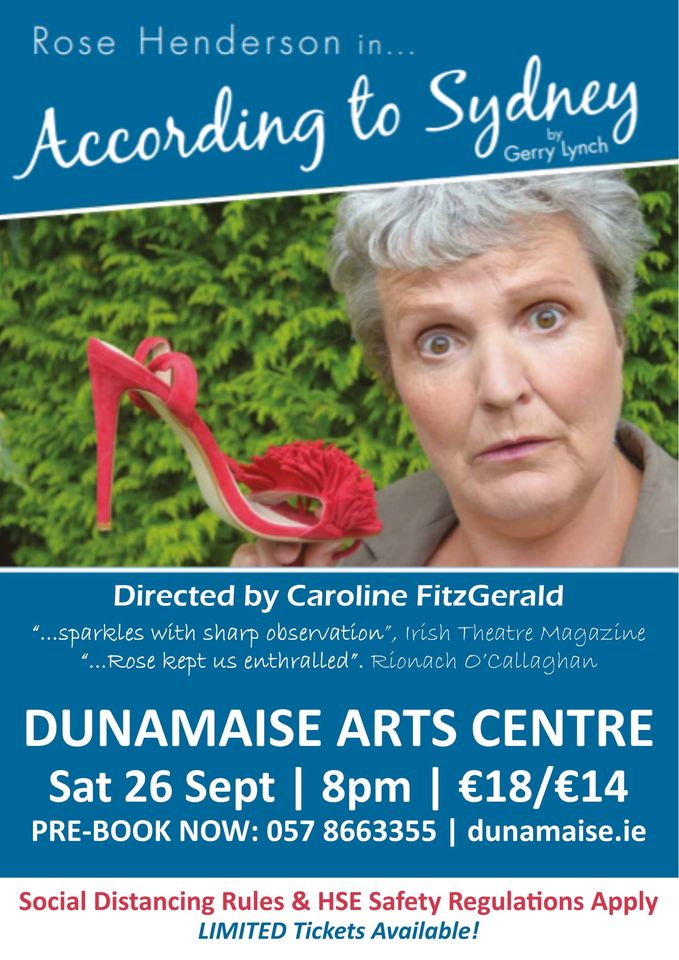 Costumes and Pumpkins and Candy Oh My!!

Add Laois Tourism to your Homescreen!